Billions of orders were exported to Australia and India

Since ancient times, to Vietnamese people, ginger and turmeric are not only typical spices in food processing but also valuable medicinal herbs. However, how to let foreigners know and accept spending money to buy is one of the extremely tough questions. And API Pharmaceutical Joint Stock Company leader after many years of concern has found a solution to this problem.

These days, more than 250 employees at API Pharmaceutical Joint Stock Company are urgently carrying out tasks for the export order of about 1,000 tons of ginger, dried turmeric and 6,000 tons of fresh ginger, turmeric to Australia and India in 2018. , worth about 40 billion. The hustle working atmosphere of API officials and employees is evident from the office to the fields of turmeric, ginger and turmeric. All are urgently, seriously because the shipment is about to export to the sea.

Director Bui Thanh Duong said that API Company has been established for 10 years, mainly researching and trading in pharmaceuticals. In addition to ginger, turmeric, the company also conducts research and business in dong quai, ha thu o, clove, ba size ... Since 2016, API has started exporting ginger and turmeric with about 100 tons of both dried and fresh varieties, worth about 3 billion. Although the export value is not high for the first time, the acceptance of ginger and turmeric by foreign markets opens up great opportunities for businesses to continue expanding production scale. In addition to its good health, ginger and turmeric of Vietnam are also rated to have less oil than ginger, turmeric in other countries. As a result, orders from Australia and India to place orders from API Company are increasing. 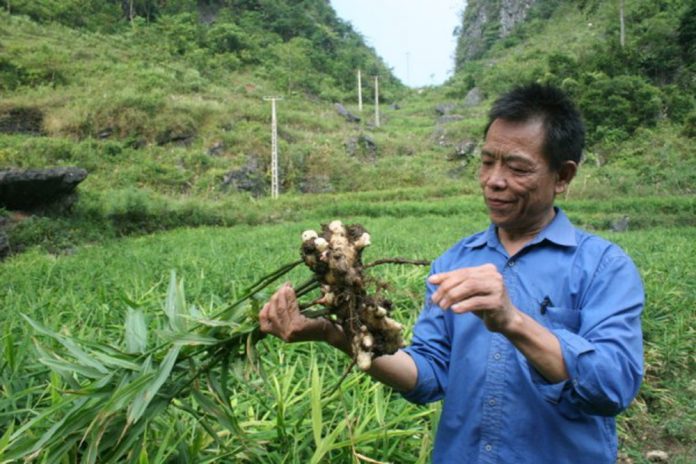 Recalling the predestined opportunity to export ginger and turmeric to foreign countries, the leader of API Company said that a friend specializing in exporting goods to Australia and India saw API of growing ginger and turmeric according to clean standards, while the markets in other countries Because these two pharmaceuticals are in demand, they have been purchased for export testing. Ginger, Vietnamese turmeric is then favored by your countries, highly appreciated for its quality. Enterprises from India and Australia directly came to Vietnam, surveyed API medicinal growing fields. "They find themselves in the right standard, so they agree to buy in bulk," API leader said.

Succeeded by engaging with farmers In order to obtain clean medicinal materials, API leaders have traveled to remote areas in Thai Nguyen, Thanh Hoa, Nam Dinh, Nghe An, Hung Yen ... to find land for planting raw materials. The planting of ginger and turmeric is followed by API in accordance with VietGap and Organic standards. “The land and water sources that we choose to be the raw material areas are very clean, no pollution, no residues of pesticides and plant protection drugs. In the process of taking care of medicinal plants, we only use manure and organic fertilizer, ”said API company leader.

Currently, the area of ginger and turmeric raw material of this unit has a total area of about 300ha, here it will be expanded with about 500ha in order to meet the increasing amount of medicinal herbs for foreign customers. In addition, according to API leaders, ginger and turmeric of businesses have gained access to the US market when some businesses of this country agreed to import the two above medicines. Currently, the two sides are negotiating and completing procedures before the first shipment to be exported to the US. 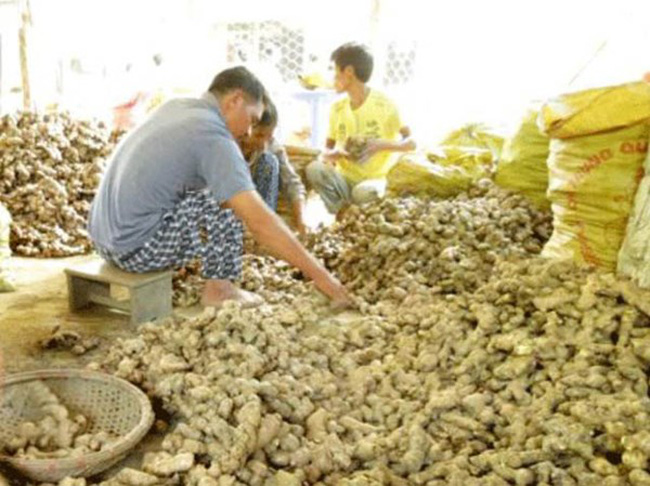 The API of production linkage of API is also quite special when attaching people's interests to the production process. Accordingly, API acts as a unit to invest in seed, technology, fertilizer and product consumption, while people contribute land and labor. In the harvest season, API buys at a negotiated price, creating stable outputs and prices for farmers. The association of people's interests with the products has encouraged people to voluntarily work and bring about high efficiency. "Previously we spent 11 billion to hire land, hired workers but then failed due to not attaching rights to people," said API Company Director.

In the context of Vietnam's economy becoming increasingly deeply integrated with the international economy, the small businesses in the agricultural sector such as API have their own way to access the difficult foreign market, creating potential for development. Development in the future, bringing high economic efficiency to businesses and people is remarkable and should be popularized and replicated.