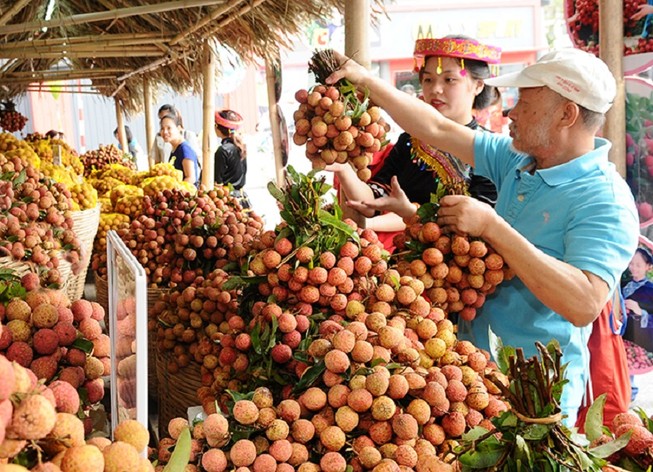 On June 10, in Hai Duong province, the opening of Thanh Ha-Hai Duong Lychee Festival 2018. According to Mr. Pham Thanh Hai, Director of Hai Duong Department of Industry and Trade, Hai Duong's lychee has been Plant Protection Department. America granted codes for 13 planting areas with an area of 132 hectares and export volume of 1,000 tons, meeting export standards to the US, Australia and EU.

Currently, some businesses inside and outside Hai Duong province are implementing stages, procedures ... to export about 30 tons of lychee to the US.

As a result, from the 2018 fabric crop, consumers can use QR codes to trace the source of missing fabric. At the same time, with traceability stamps will help consumers distinguish the use of litchi grown and cared for in accordance with the fabric production process, with clear origin and origin ...

However, some localities said that it is not easy to export litchi to the US but needs many other conditions. Because if you meet all the conditions in Vietnam but when you come to the US and do not meet, you will be returned. Meanwhile, businesses are having difficulty exporting litchi to the US due to limited preservation technology. For example, how to ensure the quality of lychee when transporting long distances for a long time, Vietnam has not been able to do so.

In addition, to export to the US, litchi must go to the irradiation center in Ho Chi Minh City to check ... If it is achieved, then proceed to export procedures, not to mention the business must transport by air with High costs or ships that have to pass through many days easily affect the quality of lychee.

According to the Department of Industry and Trade of Hai Duong Province, in 2018, the total litchi planting area of the province was about 10,500 hectares, concentrated mainly in Thanh Ha district and Chi Linh town. It is expected that fabric output in 2018 will reach about 60,000 tons, including about 20,000 tons of early fabric and about 40,000 tons of lychee.